Entrepreneur
PARIS, July 5 (Reuters) - Shares of French music-streaming platform Deezer plunged as much as 35% on its first trading day, in a blow to telecoms maverick Xavier Niel and luxury billionaire Francois-Henri Pinault, who made the company's market debut possible.

Deezer, one of the country's first so-called "unicorns", or tech companies valued more than 1 billion euros, has been struggling to convince on its capacity to take on bigger rivals Spotify (SPOT.N) and Apple Music (AAPL.O).

"(They) can subsidise their business with other income streams, and therefore they do not depend on the success of their music-platforms unlike 'pure-play' companies do."

"There's a question over their capacity to grow and yield profits," an industry source said.

Deezer's stock listing was made possible via its merger with a blank-check company, I2PO, notably backed by French banker Matthieu Pigasse, Niel and Artemis, the holding company of the Pinault family which controls Gucci owner Kering (PRTP.PA).

Deezer announced its stock market listing in Paris in April in a deal valuing the business at just over 1 billion euros ($1 billion).

Services like Deezer and its rivals represent a shift in the music industry away from buying and downloading tracks and towards listening online to songs stored remotely.

Founded in 2007, or just year after Spotify, Deezer has contemplated entering the stock market for years. It postponed previous IPO plans in 2015 due to market conditions.

The fall in shares did not stop French Finance Minister Bruno Le Maire, who attended the ceremony marking Deezer's market debut, from praising Deezer for its stock listing.

"@DeezerFR's IPO is not only an economic and technological success, but it is also a cultural success," Le Maire tweeted. "Defending Deezer is defending our culture... our musical heritage." 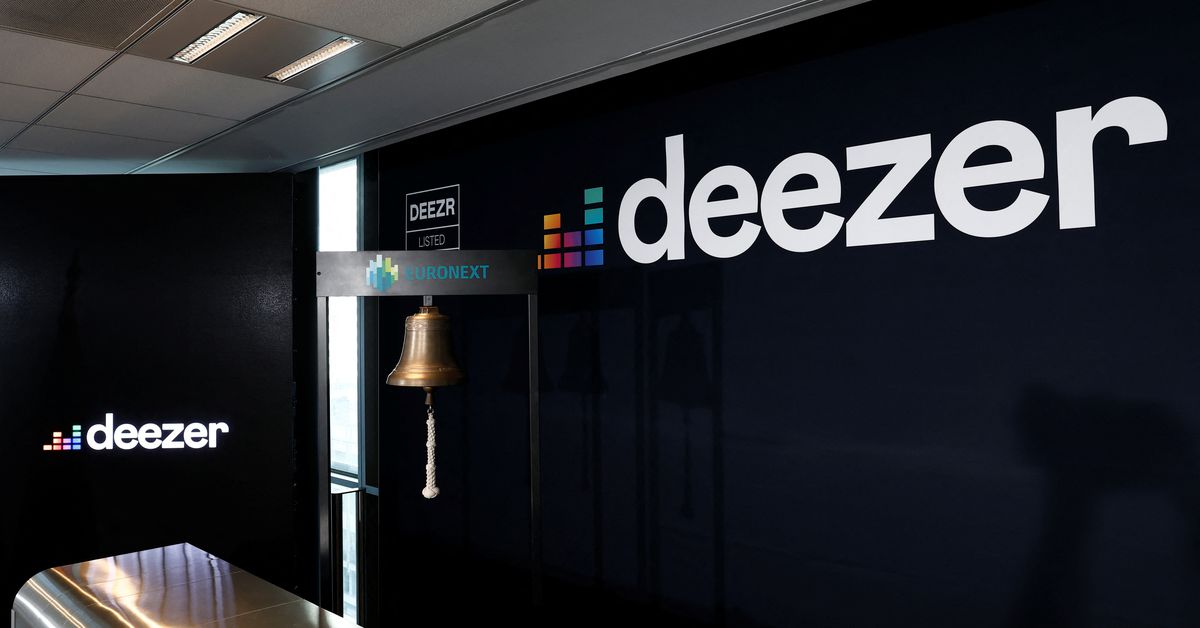 Shares of French music-streaming platform Deezer plunged as much as 35% on its first trading day, in a blow to telecoms maverick Xavier Niel and luxury billionaire Francois-Henri Pinault, who made the company's market debut possible.