E-Gold the Rise and Fall - Bullion of Bandits

Mentor Group Gold
This is the best article I ever found on the backgroun of e-Golds fall, what the reson for it was and why they are still somehow alive, I think it is a great entrepreneur which started e-gold but he simply got catched by the gestapo Scret Service, this is almost what happens all the time when new commers and idea makers start a new Internet venture which make loop holes for the government in the respective country, they simply get rid of them for no good. Exactly what Bush did with Iran to start the war there !!


Below is the article and a picture of the found of e-Gold.

MELBOURNE, Florida — In a sparsely decorated office suite two floors above a neighborhood of strip malls and car dealerships, former oncologist Douglas Jackson is struggling to resuscitate a dying dream.


Jackson, 51, is the maverick founder of E-Gold, the first-of-its-kind digital currency that was once used by millions of people in more than a hundred countries. Today the currency is barely alive.


Stacks of cardboard evidence boxes in the office, marked “U.S. Secret Service,” help explain why, as does the pager-sized black box strapped to Jackson’s ankle: a tracking device that tells his probation officer whenever he leaves or enters his home.


“It’s supposed to be jail,” he says. “Only it’s self-administered.”


Jackson, whose six-month house arrest ends this month, recently met with Wired.com for his first in-depth interview since pleading guilty last year to money laundering-related crimes, and to operating an unlicensed money transmitting service. His tale is one of countless upstarts and entrepreneurs who approached the internet with big dreams, only to be chastened by sobering realities. But his rise and fall also offers a unique glimpse at the web’s frontier halcyon days, and the wilderness landscape that still covers much of the unregulated and un-policed web, where fraud artists prospect for riches alongside pioneers, and sometimes stake, and win, a claim on their territory.


Despite the shackle, Jackson’s conviction isn’t black and white. In a twist still unacknowledged by prosecutors, Jackson turned E-Gold for a time into one of law enforcement’s most productive honey pots, providing information that helped lead to the arrest and conviction of some of the web’s most wanted credit card thieves and hackers. He’s now working with regulatory agencies to try to bring back E-Gold, steps he says he would have taken voluntarily years ago if authorities had given him a chance.
Click to expand... 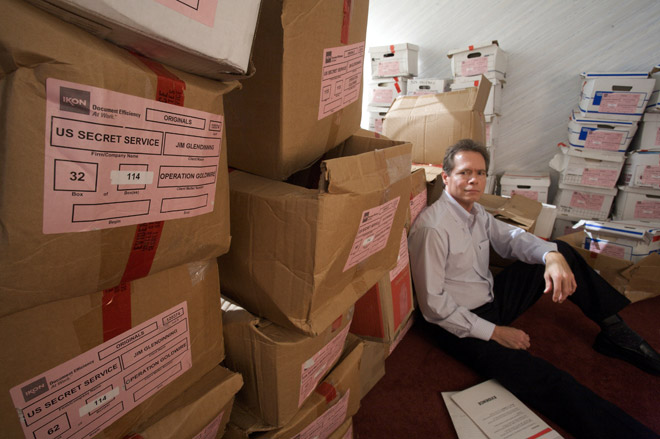 
But not one word about the clients who lost millions of dollars that are blocked in the system, seems that it isn't a problem for the Good Jackson! Because all e-gold doesn't come from scams, there were some honest clients there!


I remember having received an email once from his staff saying something like "We are a Nevis company so have nothing to see with the US administration". They just "forgot" to say that both servers and staff were located in the US.


Shame on Jackson!
A

A good informative article on E-gold. E-gold did had a lot of potential at the start. If everything went legally it would have still been a famous processor. I could partly or entirely blame it on the e-gold founder for getting this processor in to trouble through illegal activities.
T

At one point I had thousands of dollars in e-Gold but pulled it out soon enough so I didn't lose any money. I think it was and still is a very novel and viable concept. However, you still have to play by the rules.
S

Business Angel
Yeah!! E-gold has kinda vanished from the internet. There are several more e-currencies now. But its irony to see the first currency fall the quickest.

Will there come a fall or is the crypto market on the way up again?

Bitcoin & altcoins on the rise again...

Since FED has revealet the news, will Bitcoin then rise now?