Seaspiracy - You must see this, the most watched documentary on Netflix ever!


What I like watching this documentary is the part where they interview the world organization Plastic Ocean Project which is funded by the same organization which is behind the fake blue can seal to protect the dolphins.

STAY UP TO DATE WITH CLEANUPS, RESEARCH, AND MORE!

You better don't donate anything to this organization but find one that indeed do something good for the worlds ocean.

She asked the journalist to turn off the camera while he asked why they don't tell people that over 50% of the plastic in the oceans comes from industry fishing.

I'm shocked, you want to turn on Netflix and watch it, it's really astonishing.

Mentor Group Gold
Thanks for sharing. Appreciate it
J

+1 watched it just yesterday with my gf, we both recommended it to our friends

yeah it is very sad to watch this, what we are doing with the earth is unforgivable, shame on everyone killing the sharks, dolphins and sea turtles may they burn in hell.

Specialist in anonymizing my own business!

Mentor Group Gold
Sad what this world has turned to. I saw it last week and was close to get a it very ill to see how corrupt governments, NGO's and not to forget the organizations like MSC that should protect the oceans and animals but exploit their position to the benefit of profits. 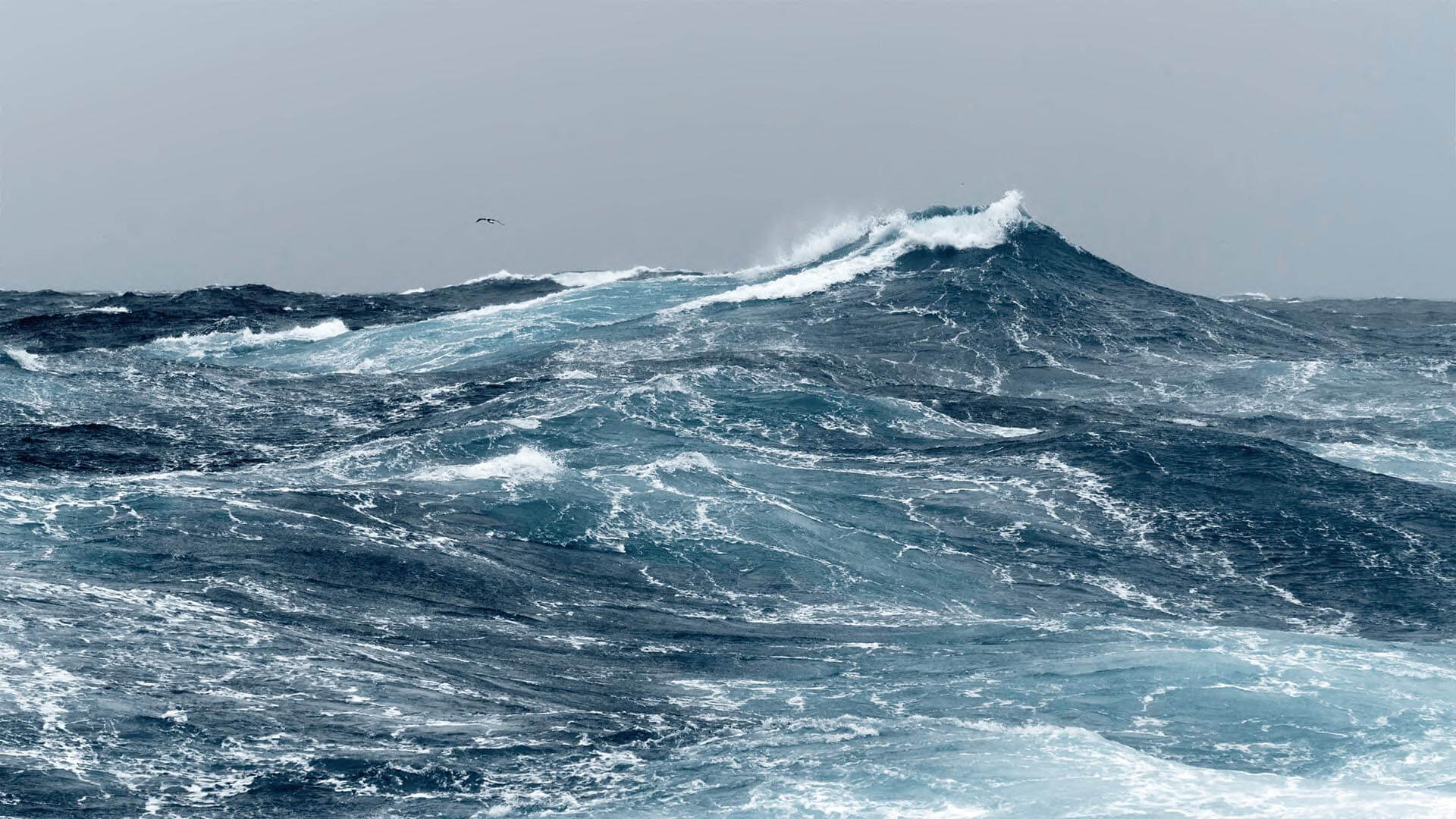 For 20 years the MSC has been part of a team effort to keep our oceans full of life. Keep it wild, traceable and sustainable. Choose the blue fish label.

www.msc.org
The biggest fraud in this world!
D

Yes I saw it a couple of weeks ago. Haven't eaten marine life since! Lets grow public awareness on this, our future depends on this!

Staff member
Saw it yesterday after I saw the thread here, really a sad documentary but it is how the world is. Waiting to see if the oceans life are really gone 2048 as they claim or if man kind will
make sense before then to try to restructure our eating habits.

Have you also seen the other one they have made cowpiracy? It is also available on Netflix!

Admin said:
Saw it yesterday after I saw the thread here, really a sad documentary but it is how the world is. Waiting to see if the oceans life are really gone 2048 as they claim or if man kind will
make sense before then to try to restructure our eating habits.

Have you also seen the other one they have made cowpiracy? It is also available on Netflix!
Click to expand...

You cannot believe everything that you read or watch. The entire political system in the U.S. is infiltrated with these lies from the socialists. Even when forced to make a retraction, they still lie (as described in the article, the real number is even lower than 18%). Based on this past history alone, I would not watch "Seaspiracy" because there is no way to know what is true and what is not. These people have no credibility.

Now, in a shocking U-turn, the film’s makers have been forced to retract one of its most fundamental and damning claims: that animal agriculture is responsible for an incredible 51% of greenhouse gas emissions (a figure that has always been criticized as wildly inaccurate by scientists, including the Union of Concerned Scientists).

In a tweet from the @Cowspiracy account earlier this year, Andersen and Kuhn have now quietly revised the 51% claim down to 18%, which, while closer to the truth, is still probably much higher than the real figure.
Click to expand... 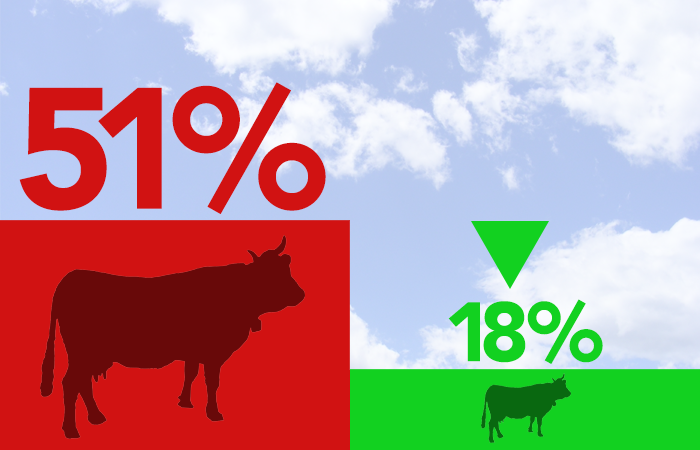 Cowspiracy purports to be a documentary film released in 2014, created by directors Kip Anderson and Keegan Kuhn and later backed by actor Leonardo Di Caprio. According to Wikipedia, the film… explores the impact of animal

When the socialists impose a global tax for climate change or cleaning the oceans, after lying about the cause and extent of the problems, you will not be so happy to watch such propaganda.
Last edited: Apr 12, 2021

Mentor Group Gold
@Golden Fleece you're 100% right. Netflix is 100% propaganda network, just look at what they did to the Central Park Five story

Who You Gonna Believe? Netflix Or The Evidence? - Ann Coulter

WARNING: Graphic quotes throughout about the Central Park rape case. Last week, we reviewed the evidence of “innocence” of the "Central Park 5" presented in the court of Hollywood. This week…

Staff member
With all stories there is always a little spruce truth, there may be something about the story but obvious it got turned into a Hollywood drama
SPONSORED LINK: Offshore Company Formation Services - Turner Little

Admin said:
With all stories there is always a little spruce truth, there may be something about the story but obvious it got turned into a Hollywood drama
Click to expand...

Absolutely. Just to be clear, mankind is indeed polluting the oceans and we should make necessary changes based on accurate information. But we need to take action based on the truth, not based on the lies of people with a warped agenda or who seek to enrich themselves with money and power.

Look at how the Black Lives Matters founders, self-avowed socialists, went on a multi-million real estate buying binge. Their whole organization, based on a lie, is responsible for the deaths of dozens, if not hundreds of people, and yet these socialist sociopaths have no shame in profiting from their evil.

As protests broke out across the country in the name of Black Lives Matter, the group’s co-founder went on a real estate buying binge, snagging four high-end homes for $3.2 million in the US …

We need more innovative land based aquaculture firms like Aquabounty.

The company is notable for its research and development of genetically modified fish.
Click to expand...

We are already eating 90% GMO food. Cows, pigs, etc are eating 100% GMO. It is already with us whether you like it or not.

TotalPayment said:
We are already eating 90% GMO food. Cows, pigs, etc are eating 100% GMO. It is already with us whether you like it or not.
Click to expand...

That is why it pays to live in a free country, versus one that tells you what you must do (e.g., China). I do not eat anything that is GMO. I do not eat any farm-raised fish. Almost all my beef is grass-fed (versus grain fed). I eat mostly organic fruits and vegetables. One of the things that I respect about Europe, versus the U.S., is that Europeans reject most efforts to introduce GMO Franken-foods there. I read this information in an email article just this morning:

Can eating one cup of greens per day add 11 healthy years to your life?

A 2017 study from Rush University involving 1,000 adults came to some stunning conclusions.

The researchers found that people who ate just one serving of leafy greens per day (think spinach, kale, collard greens, and arugula) appeared 11 years younger in terms of their cognitive health when compared with those who rarely or never consumed green leafy vegetables.

That means those who ate greens could think more clearly, remember details and names better, had less brain fog, and were more productive every day.

Now consider this: nearly half the people who reach the age of 85 in the US today have Alzheimer’s.

What would 11 more years of healthy brain function be worth to them and their families — versus being under 24/7 care and losing their independence?
Click to expand...

I was in very bad health 5-6 years ago, eating the Standard American Diet (SAD). I completely changed the way that I eat and I regained my health. Do not wait until it is too late. I was stubborn and I had to learn the hard way. I would have saved myself years of misery had I not been so stubborn. Eat healthy.