Turkish banks - anyone has experience?

CaLViN said:
Do you see what they are trying to Huawei ? Kicking it from all software and hardware providers.
Click to expand...

Yes what is happening to Huawei is beyond evil. Basically the U.S does not like them because with their 5g technology they will not be able to spy on americans, allies and enemies without a back door being given to them. Here is something to think about. If you travel to the U.S from certain countries as part of Visa you now need to hand over all social media and email accounts from last 5 years. You can read this as the U.S government has been already a backdoor direct access to all the data by microsoft, fb, twt, amazon, google etc. They are not requesting this data form travelers and then spending time contacting the tech providers for info - they already have direct access and all the info sadly it seems .

I think when Huawei move to their own OS they will gain customers who don't want to be spied on by google Android aka US government. With friends like America who needs enemies.


CaLViN said:
We dont want to bend this time,no other country should.
In last 12 months our money nearly lost %50 of its value due to recessions but we prefer being independent to being rich.
Click to expand...

No country should ever be forced to bend to U.S because they choose self determination. Iran has never bent and their people go through hardship everyday for decades. Boycott the dollar as once its gone from world trade the world will no longer face the financial terrorism that the Caribbean and rest of world faces. However the addiction to the dollar is stronger the heroin but people are coming round slowly.

Entrepreneur
What 's the problem with the Turkish banks if you open an account for a Turkish company?
NOTE ADD BY ADMIN!!

This account has turned into a ROBOT account because it has lots of useful threads and posts. It is a locked account with no access by any human, means you won't get any answers.

darkster said:
What 's the problem with the Turkish banks if you open an account for a Turkish company?
Click to expand...

You can do that.They are solid and trustable.Good internet banking and multi-langual communication BUT operating a Turkish company would not be logical in terms of taxes.
S

I have a partner in Turkey that cannot send me funds. Their bank blocks the transfers because "it sounds like my company is a crypto business". So the bank basically looked at the name of the company and said they won't make a payment because of they "think" it may be a crypto business (it's not). When I asked them to send the bank the website and other info, my partner told me there was no point because the bank wouldn't even look or care.

The bank basically threatened them if they were to make a similar transfer in the future, they would close their account. My partner is in a security space and has been processing well over $100k/mo with them for years, so they know they don't deal with crypto. My company receives payments from EU, USA, Hong Kong, and all kinds of jurisdictions on a regular basis without any issues because it's a clean business.

Seriously, don't go to Turkey. The most retarded banking jurisdiction to willingly work with. They are almost like China: extremely restrictive and authoritarian. The banks there are overzealous in their approach because they are afraid of the government. I can almost guarantee you that you will have problems making transfers for no good reason and you won't be able to resolve anything.
D

CaLViN said:
US is treatening Turkey with s400 anticrafts.
Turkey needs an air defense system and s400 seems to be the best choice as US patriots are not technological enough to protect from air attacks.
Click to expand...

Do you get your news from Turkish state newspapers ?

US also trying to kick Turkey from F35 developments.
Click to expand...

And they are right. At is it now it would be best to throw Turkey out of NATO.

Turkey turned in a corrupt dictatorship with Erdogan as a president. Economy is going downhill. Corruption is increasing. Freedom of the press is close to zero. I would not even go on holiday there anymore.

Noone can explain what US did and doing in Vietnam,Afghanistan,Iraq,Syria,Kuwait.......
Click to expand...

Problems in Turkey are caused by actions of Turkey. Not by the US...

Turkey is a candidate for U.S Sanctions do you really want your money there? Not even Turkish people bank there they keep USD under their pillows due to currency crisis. The country is about to go under from U.S pressure and you want to put money there? They will steal it in their coming financial crisis
Click to expand...

I have/had bank accounts in lots of countries like USA, UK, Switzerland, Turkey, Netherlands, UAE, Germany and I can say that the Turkish banking systems are the one of the best. I don't see any major risk with banking in Turkey. They're still one of the 10 most powerful countries. You can lose your money in everywhere including USA(2008 financial crisis) but the real problem is you can't use Turkey for offshore banking as Calvin mentioned. FATCA and CRS are in both in force for all banks and they are strictly following the regulations.
M

People saying Turkish economy is falling apart are clueless. Turkey is again booming, more tourists coming than ever and Turkish banks are very stable. Account opening is costly because all documents need to be translated to Turkish language and later Notarized, plus a Proxy needs to go to the bank and deliver them in person. EUR 2000 - 2500 is a norm for Turkish banks. I would recommend Yapi bank, as it is part of Unicredit Group, with online banking, cards, USD currency ... They accept off-shore companies, but not from Belize or Seychelles. You may go with Delaware LLC or HK LTD.

Mentor Group Gold
Elite Member
lol...watch and learn. Turkey better start polishing that bowl ready for the IMF as thats were they are heading. I know nationalism clouds judgement it always does but I put my money where it is treated best. Sorry to say Turkey is not that place. The banks are all junk rated and so is the countries sovereign rating.

Yapı Kredi has been sustainably strengthening its market positioning in the sector since its establishment in 1944 through a customer-centric approach and focus on innovation.

Turkish banking sector experiences the quality and trust with Ziraat, since 1863. 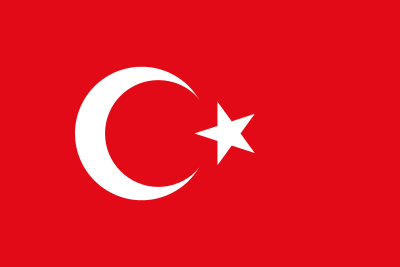 Lets not enter the realms of fantasy here please and start pretending like Turkey is a booming economically right now. Lets keep things grounded in reality please. Some Germans on the beaches does not mean much.

BANNED MEMBER
You are fighting for a non sense. Turkey is not a place to bank.
I feel like the prime minister of Georgia, but why not Georgia for your use and requirements?
Not that Georgia is better than Turkey, but at least we know their banking and can give some feedback.
2500€ is not overpriced if they guarantee the opening of the account. Need to be realistic most of csp/ lawyers don't succeed in bank accounts nowadays except in free sh*t like EPB.
Out of subject but last week a"csp" offered me to introduce me with Leopay for the nice price of 900 usd.

Well,a person with nick "dimitri" slandering Turkey.Not hard to understand,probably he has a pain somewhere.
He claims to kick Turkey from NATO but he doesnt even now that Turkey has the 9th biggest and strongest army in the world.
NATO,EU ,US , RUSSIA or any other country cannot take the risk of losing such a big ally power.
Please stop slandering countries and focus on business.

Guys,I am again telling you that Turkish banks are well around the World Standarts but it is not a place for offshore.Like a member mentioned up there,Crypto transfers are completely prohibited.
No payments to /from offshore islands are welcome here in Turkey.

The consultant who recommends Turkey for banking has no clue .You should not do business with him. ))

Entrepreneur
Turkey is in a bad state due to clientelism. Erogan killed the free ecomony, made is sun-in-law a minister in charge of the Lira. His first prio is Erdogan, not Turkey, so capital flees the dictatorship ... the lira drops .. loans in Dollars become much more expensive, so profits drop, so the stockmarket turns south.

In numbers:
The lira has fallen about 37 percent since the beginning of 2018, pushing the economy into recession. During the boom years, delivered mostly through property and construction, corporations borrowed in dollars and are now finding it difficult to repay $200bn in loans. Meanwhile, unemployment has jumped to a decade-high of 14.7 percent and inflation soared to 19.5 percent.

Only Erdo fanboys will claim 'Turkish banks are not shitty', they are on the brink of collapse. So instead of fixing the economy by loosning his grip on the State, he not only imprisoned a large part of the capable population (via the fake coup), and now also argues against his biggest guarantor.

He has become truely the mad dictator now.

So in essence Turkey is NOT a place to put your money.

Martin Everson said:
I think when Huawei move to their own OS they will gain customers who don't want to be spied on by google Android aka US government. With friends like America who needs enemies.
Click to expand...

Do you think it's better to be spied on by the Chinese government?

PaulKruger said:
Do you think it's better to be spied on by the Chinese government?
Click to expand...

Depends on what is your threat model.

If you are afraid of to be spied on use a fax machine or send your message by homing pigeon.

PaulKruger said:
Do you think it's better to be spied on by the Chinese government?
Click to expand...

Who can do more harm to you personally via spying the Chinese government or US government thats the question.

Bmw850 said:
Out of subject but last week a"csp" offered me to introduce me with Leopay for the nice price of 900 usd.
Click to expand...

Madness I tell you. Are things that bad out there...lol.

You must be crazy to pay those amounts. )

Bmw850 said:
I feel like the prime minister of Georgia, but why not Georgia for your use and requirements?
Not that Georgia is better than Turkey, but at least we know their banking and can give some feedback.
Click to expand...

Is Georgia an option for a Scottish LP at all?
I had a Georgian person go to a bank there personally and ask for me and they told him it's not possible to open an offshore account. Only georgian companies are accepted.

CaLViN said:
2500 euro for Turkish bank account,
You must be crazy to pay those amounts.
Click to expand...