Best countries/places to buy a farmland.

Colombia, you buy a chunk of land in the department of Vichada, depending on your budget,

ddddaaaa335 said:
Colombia, you buy a chunk of land in the department of Vichada, depending on your budget,
Click to expand...

Colombia has fantastic farmland and a great climate for growing various crops. Unfortunately, it applies something like a 33% tax rate to foreign investors. It also has foreign exchange controls over investment funds. That is why I prefer Panama, which has no foreign exchange controls, uses the U.S. dollar, and has an investor-friendly tax exemption on the first $350k of farm income.

Of course, the tax situation may not apply to your specific circumstances under an international tax treaty to avoid double-taxation, e.g., if you would already pay more than a 33% income tax on that farm income in your home country.

Farming in Columbia? What will one be growing there I wonder 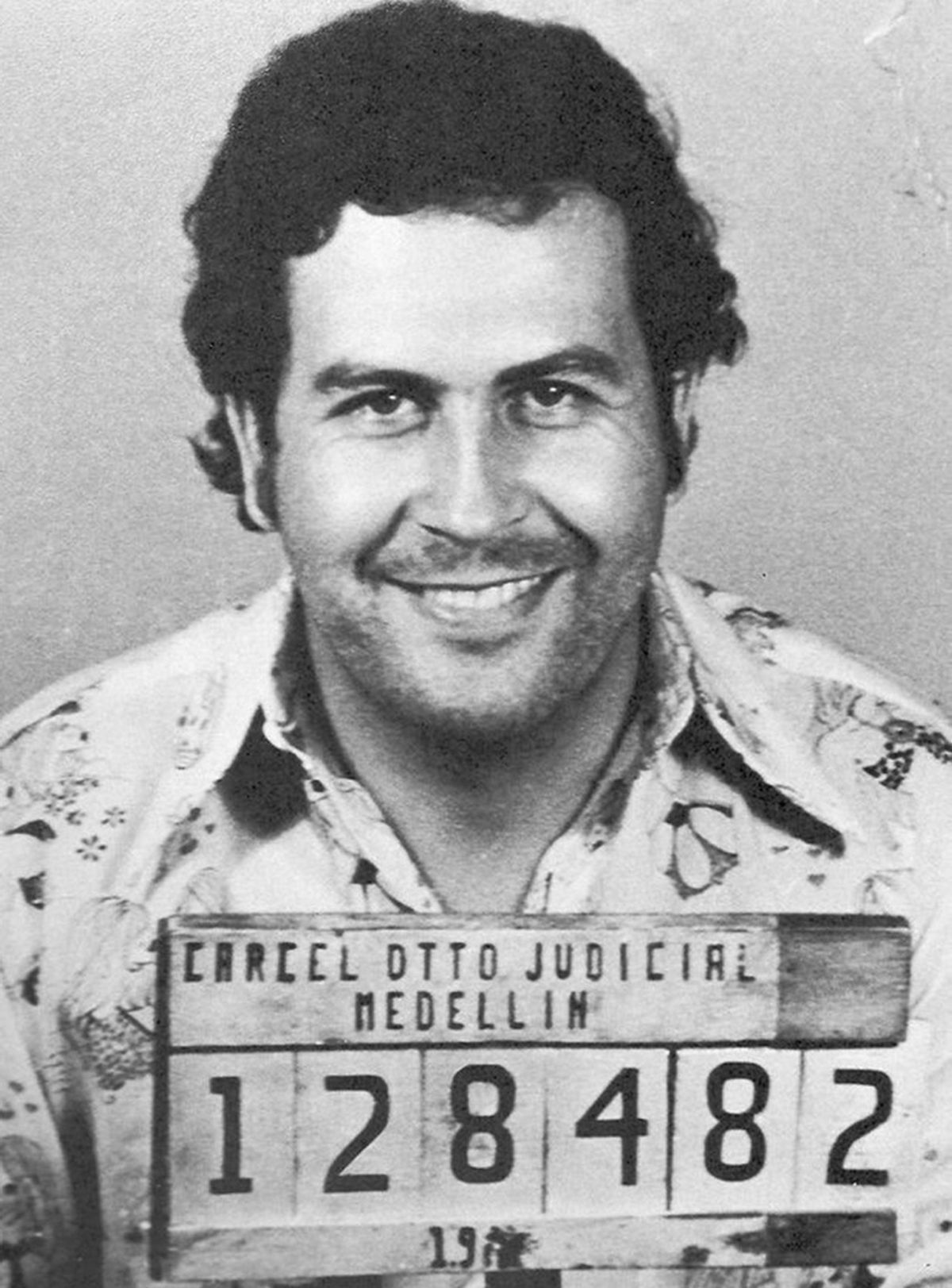 Disclaimer: Nothing I say should be taken as tax, legal or financial advice. Anything I say is for general informational purposes only. Always seek independent professional advice.

Martin Everson said:
Farming in Columbia? What will one be growing there I wonder

You are several decades behind the times.

"Colombia is an increasingly attractive option for agricultural investors."​ Recent expansions in Colombia’s agricultural sector provides low-risk and high-reward for farmland ownership. Learn why now may be the best time to buy.

Martin Everson said:
Farming in Columbia? What will one be growing there I wonder

Just to give you one example, Cargill has over 50.000 Hectares in the department of Vichada (The area of Luxemburg is 60.000 Hectares)

Staff member
Mentor Group Gold
This thread is about buying farm land. Please take the New World Food Pyramid conspiracy theories to another thread, where they can be discussed undisturbed.

JackAlabama said:
Way cheaper and easy residence. Chile just elected a communist and this means no bueno for land grabbing foreigners and gringos.
Uruguay is worth a look indeed, but it is much more complicated and way more expensive to get in and get residency.
In both you can naturalize and then be a local on paper at least and with Uruguay, depending on your spanish and looks maybe a local in practice to some extent.
Paraguay is much more underdeveloped with all what comes with it and it caters and appeals to ultra low income foreigners due to its remoteness. However, I heard very interesting things out of it worth a deeper look.
You can employ guards for your land at low rates as salaries are ultra low and high unemployment.
Right now you can go to Paraguay with relative ease whereas Uruguay seems to be still closed and you need special assistance to get in.
Paraguay is also a tax paradise (maybe one of the cheapest out there) for your offshore wealth, so tipping the toe in there will not affect your overall global business / income / whatnot structures, whereas Uruguay does have (time) exemptions on offshore stuff/income, but it is more complicated to navigate thru its net and they seem to do everything rather by the books compared to (non neighboring) Paraguay, which is much more freestyle.

In general, Id go with where I had the better contacts on the ground in all three instances and in case I'm fob and know no one 'd go to Paraguay, Uruguay, Argentina and then Chile in descending order.
USA is maybe the best to do this and a 100k investment should get the visa sorted. However, it seems a tax roach motel.
I think you can pull it off in both Paraguay und Uruguay as I got the impression from some of your posts. Uruguay is generally also much nicer and it has good coastal areas as well and safety is also higher. Paraguay Spanish also more difficult as they speak Guarani as well whereas Uruguay is very European like and has many e.g. Italian words in it making it potentially much easier start depending where you from ethnically.
Click to expand...

TBF, there is another personal reason on why I chose Uruguay, which is that it's so chill and laid back, and I need that badly, I don't need the Island type of laid back, but living in (or close to ) a big city while also living a laid back lifestyle is very attractive to me, plus the country is very safe, Montevideo is way safer - I dare to say - than a lot of North and south American cities, (Chicago, I'm looking at you) and the banking system in Uruguay is much nicer and more developed, But man, I wish that Uruguayan people stop talk about how "European" they are, I get it, they are proud of their heritage, but this is ALWAYS the first thing they tell me when I tell them where I'm from, like come on lol

Paraguay on the other hand, well, is sort of an ongoing experiment more than an investment destination, I'm willing to tip my toes into the country and see what I can do and can't do with it, but it needs some serious investigation and actual time on the ground, who knows

void said:
I don't know about more accessible country than Mexico - you can enter as a tourist, stay up to 180 days, buy land or property the second day just having your passport and cash, easy as that
Click to expand...

No, thank you, Mexico is nice as a tourist, but after experiencing some weird **** first hand lately and hearing the stories of some local framers directly from them, I would avoid this place, at least for now. the cartel became ******* unhinged, they don't only target their competition and other drug dealers, they also target innocent bystanders and common business people, they even have ******* rats in the banking system, and not trashy banking systems, but international ones!! again, I experienced this first hand, not from fear mongering BS news like CNN or fox news.

Golden Fleece said:
Martin hit the nail on the head. Rule of law, and treating foreigners as equals, above all else. For example, Paraguay is a great place for farmland but it has no rule of law. Taxation is another big factor. Personally, I like Panama for farmland. It is arguably the most capitalist of all the Latin American nations, it has the Panama Canal as a cash cow which adds financial, social, political stability, unlike many Latin American countries it also has a burgeoning middle class because of that stability, it is a regional banking and financial hub, it provides a tax exemption on the first $350k of farm income, it respects the rule of law and the rights of foreign investors, and it is actively promoting farming to diversify its economy (along with tourism, the canal, banking and finance, and now a giant copper mine on the mostly undeveloped Caribbean coast, which is slated to add about as much revenue as the canal). Panama just added two more bridges over the canal, for a total of four. The growth there is astounding and the ruling elite have a true respect for business and capitalism. My one criticism is how Panama handled the pandemic, although that is now changing. The inland area of the Pacific coast has perfect farm weather, where there is a dry season for half the year and a rainy season for half the year. So water, which is a key to successful farming, is seldom a factor. Buy a farm along a river and water is a complete non-factor.
Click to expand...

Good info about panama, thanks for sharing it
the only con about panama, is obviously, the scandals. It has a big *** target on it's back from some of the most aggressive countries on earth. mentioning money coming from panama banks to your Swiss or Singaporean banker will raise tons of eyebrows if not outright rejected by your bank.
So, maybe funneling money from panama to other latam countries is the way to go about this, not that hard, but still needs some work, I will need to look into it.

Golden Fleece said:
That is why you hire a trusted, professional farm management company (with a multi-generational history of success growing similar crops in the same region) under a profit-sharing agreement, where both of your financial interests are aligned in a mutual win-win scenario. Obviously, proper due diligence and boots-on-the-ground research is your key to success under such a scheme. Farming as an investment is not a do-it-yourself experiment for novices (versus a farm as a place to live and to feed your own family).
Click to expand...

seems like you know a thing or two about this, mind sharing some names with us or drop a PM if you don't like to talk about this publicly

3
Farmland not needed anymore in western countries from 2030-2035

What is the biggest thread on Offshorecorptalk?

What has been the most valuable thread on offshorecorptalk for you?