Yes, I still have access to the account however I am not using the google authenticator.
J

I am in the same problematic situation as you all, can you add me to the skype group please ?

I am an i-account user since 2016, and trying to get back my money for more than a year now, to no avail, so let's hope we can achieve something all together.

Hi All,
I've been tracking all the nightmares everyone including myself has been going through.
I myself have been attempting to wire transfer some of my funds since June 2019, which i got notification as being processed. But i never received the wure and the funds never returned back to my i account. So started emailing non stop asking where my money is, funds don't vanish in thin air.

Prior to that i never had a problem , in fact everything was great, including the support Team immediate reply to emails. ALL that changed dramatically with the notice of Transfer to Circle Pay. I guess a part of me wanted to believe it was just a business and logistics problem and everything would be okay, i figured in this day and age , Government regulatory agencies would not allow companies to blatantly STEAL peoples money.
I wasn't getting any results, and contacted Regulators and Mr. Cho, to ask what options and avenues i had and what the government regulatory agencies could do.
He requested information and docs, which i provided, i also came to learn there were already investigating Payedge clearly other people had filed complaints. Unfortunately he asked me i was willing to come in person to further investigation and i assume file a complaint and go to court.
I suggested that the costs and expenses to travel from Canada would be a lot, but i would if i has some guarantee i would Get my funds.
He obviouslycouldn't not provide that, which i figured he couldn't.
What i did next was to email Payedge and cc them on my communication with Mr.Cho and advise them i would rather resolve matters, but fully prepared to go down the legal path.
All of a sudden, communication picked up and they cited the Transfer of Business as the reason and assured me my account would be resolved and business would resume to normal.
That's the part looking back now, really pisses me off, i went along with this was late August.
Finally transfer was done New login abd low and Behold the new system had missing funds from June wire, credited back and in my iaccount.
I figured i may have been wrong about being defrauded by them.
So i started with uploading Bank verification docs.which were the same ones i used to open my i account in 2017, but were recent within 3 months.
Then the BS started again it said 3 to 5 business days for approval. Nothing so i started sending emails, after getting the runaround the story was my bank information was good, but since it was a transfer if business to Circle Pay , new KYC documentation was needed, and once i sent that in my Bank verification aporoval would ve approved and wire sent. Another 10 days and nothing, so i start leaning on them again, and again communication is slow. Finally i get email saying i have to upload the KYC documents, the same ones i emailed 3 weeks prior as requested. I do that, again with the reply saying once i do that my request will be expedited. Its now almost end of October and stupid me thinks okay, im finally going toget my funds sent.
Nothing happens , i start with the email blast everyday for almost 10 days. Then on November 12th a reply saying KYC documentation and approvals were being done manually and thus the approval process would take avl little longer as there were quiet a few. Once again i bought into the BS and figured okay manual processing, id give it a week.
Well folks here i am Dec 25th, sending emails just about every day since Nov 21st and not a reply or return email.
I have had my fill of the games and delays, so any response now from them, unless i get a confirmation of an outward wire transfer that i can verify and track will mean absolutely nothing.
My last email basically said, it now us a matter if principle to me and a personal mission to track down officers/directors involved. Its not about the money any more , i now have come to accept i will not see my money.
This brings me to all your conversations and posts, having finally noticed names of the 2 individuals and possible locations, in fortunate to know certain people in both Isreal and London that i can request a favor to visit the addresses and hopefully can to sit across from this Mr. Rose and get answers as to what and where are our monies and how he plans to set things right.
Anything less is not an option.
I am asking all of you that have been working on digging up valuable information on names and addresses of the people behind the scenes, posts as much into as possible and i will do my best to track them down.
T

As someone mentioned earlier i hope they are reading these posts.
I am not letting this go,
I don't like loosing money any time, being defrauded is worse, but a premediated scam and taking us for idiots and being played.
That for me takes on a different meaning to me.

Business Angel
Mentor Group
Where are their offices in HK? Maybe I can help

If I-account is regulated be sure that the HK Government takes this seriously, but if not its just another hit and run
Telegram @gigogohk | Can help with Hong Kong, China, Crypto, OTC, Wyoming LLC, Banking
K

I know someone who can give you guys addresses for this company. They are registered in HK but definitely not operating there.
T

Kdoesit said:
I know someone who can give you guys addresses for this company. They are registered in HK but definitely not operating there.
Click to expand...

Its time for them to start feeling the heat.

GiGoGo said:
Where are their offices in HK? Maybe I can help

If I-account is regulated be sure that the HK Government takes this seriously, but if not its just another hit and run
Click to expand...

I don't think those scamers are in HK, they just register a company there but operating in other place...

Business Angel
Mentor Group
Commercial Service
They are operating from all over different places, you want to check the IP's where they are corrensponding from. It may also just be a proxy, the only thing what you can find in HK is a shelf company!
Get Help Setting Up Your EMI Account for Massive Profits | Need any documents for verification purpose? Just contact me, I can get everything you need to stay private.
High Risk - High Volume EMI's available for sale - Ready-Made Offshore Companies and more - No KYC - No documents or information required from you.
K

Its time for them to start feeling the heat.
Click to expand...

Already did just waiting for a reply.
P

Hello guys,
nothing significant yet as I can see.
Since I'm waiting for a rolling reserves from i-Payments , i received an email through the domain of another psp - https://iwl.hk/
P

Furthermore, I suppose you all see that the website is down so bye bye money

Business Angel
They probably converted stolen fiat to second-hand AntMiners, and now generate crypto somewhere in China. It's the preferred and predominant washing method in this part of the world for 100K-5M of theft originations. As for getting your money back, those city addresses with asphalt roads won't help. You'll need hiking boots and a compass!

Furthermore, I'd not be surprised if some of you guys can find your own identity docs for sale in the onion marketplace right now.

Mentor Group
hi,
here is the clon of i-account imove, a cross-border eWallet that supports cryptocurrency to enable you to send and receive cross-border payment. sme team for sure
P

imove, a cross-border eWallet that supports cryptocurrency to enable you to send and receive cross-border payment.

imove is an online remittance platform perfect for client's cross-border financial needs, using both fiat and cryptocurrency, with various deposit and withdrawal methods.

Same story for me - funds deposited in 2017, requested withdrawal first in June 2019, nothing for two months but funds debited, then debited funds credited back to the account, new KYC procedure, documents submitted, then accepted, withdrawal request made again on November 8, request accepted- money still nowhere. I am happy to join the angry crowd, time to smash some offices in HK this time for a legit reason. 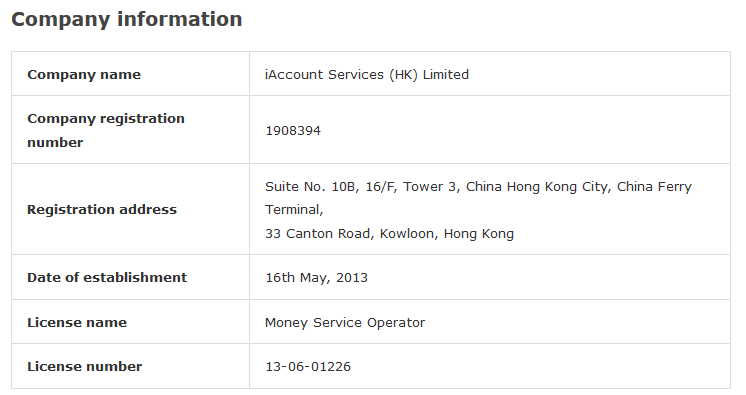 But there no company with that license or that name 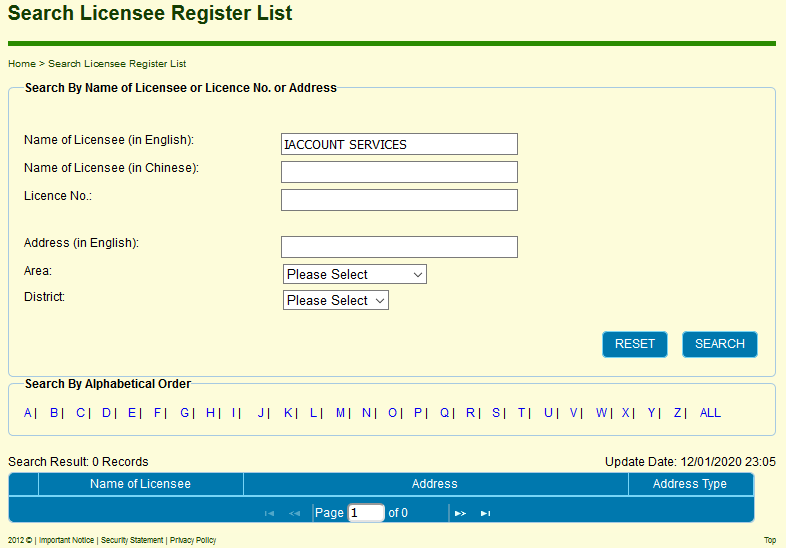 Seems to be the same guys as this

But actually there's a different company at that address

Staff member
Guys be careful with people coming here and want you to participate in any private group i.e. skype, telegram or what else they suggest. I get reports that most often that are scams to abuse the people that got abused already, AGAIN!

Just a friendly warning and for that reason everyone posting in this thread that people shall PM someone or joing this and that group will from now on be banned! You can post what you have to post here or stay out of the thread!
SPONSORED LINK: Offshore Company Formation Services - Turner Little